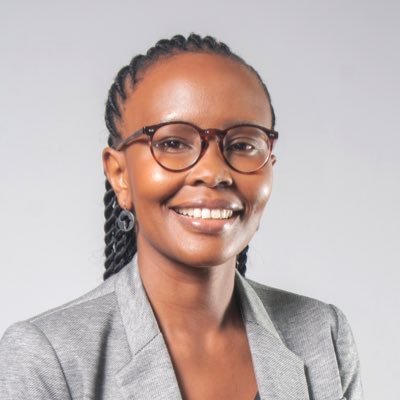 [Guest blog post by Gregory Asmolov, an intern at the Berkman Center for Internet and Society, contributing editor to “Runet Echo” and a Russian language blogger] Last week, following an unprecedented heat wave, wildfires continue to threaten much of western part of the country, including the Moscow region. At least 40 people were killed, 77 towns or villages were damaged, thousands of people were left without homes and have lost everything they had. Russian president Dmitry Medvedev declared emergency situation in 7 regions, however it looks like the authorities have significant problems coordinating information, assistance and providing prompt help to the victims of the wildfires. The Russian online community including bloggers from Livejournal.com blogosphere are very active not only in covering of the tragic events, but also self organizing in order to provide help to those who need it. A special community "Pozar_Ru" has been launched for those who are interested in helping. However, unlike the situation of earthquakes when most of the damage caused in one moment, wildfires create dynamic and complex reality. New epicenters of fire emerge almost every hour and it happens in a very wide territory. As consequence, it creates information overload and makes coordination of help by the online community more difficult. Russian Internet has few platforms for monitoring of wildfires distribution, a notable exception being "Pozhar".  What is missing, is a platform that assists with coordination of information flow and hopefully, with help efforts. On July 31, I wrote in my blog a post titled “Wildfires require using “Ushahidi” in Russia”. I wrote of the role of Ushahidi in Haiti and Chile and argued that applying this platform is even more appropriate for the current situation in Russia. In a few hours, the post was reposted by a well known Russian oppositional blogger Marina Litvinovich and circulated within the pozar_ru community. It attracted a lot of attention to the platform and created a dynamic discussion. The next day, Alexey Sidorenko, a blogger on Altz-gamer and an editor of Global Voices Runet Echo project launched Ushahidi.

The website is Russian-fires.ru under title “Russian fires 2010”. He used the Russian version that was translated for use in Kyrgyzstan. Sidorenko also called for Russian programmers to join him in further development of the platform through a popular Russian IT blog Habrahabr. Marina Litvinovich also called for volunteers to join to the team that will manage and contribute information to the new platform. The main purpose of the platform, is not mapping the wildfires, but primarily building the bridge between those who need help and those who wish to help. It is reflected by categories of the map that includes “What is needed” (subcategories: need home, need clothes, need food, need evacuation etc.) and “I wish to help” (subcategories: “I have clothes”; I have transport; I have food etc.). The map also presents “Centers of assistance” and places where people who lost their homes can stay. “Russian Fires 2010” is the first time when Ushahidi is being used in Russia for this particular purpose, and probably the first time that Russians online have turned to independent crowdsourcing platforms. The project has been live for only one day, but it already has a strong core team and dozens of reports.  Please note that there might be some bugs on the site (character encoding issues to be sorted out) and other early stage problems, but the team hopes to solve the problems, study the platform and look for additional assistance. We can’t be sure if the first Russian Ushahidi will be a story of success, but it is already clear that Russia is a unique place for using “Ushahidi” due to high degree of activism and mutual aid among online community. The speed that “Ushahidi” was launched proves it. “Let the technology let us to help each other” says the “Russian Fires 2010” website. Let’s hope that this vision will come true. For any assistance, advice or any type of input you can write to Gregory Asmolov, gregory dot asmolov [at] gmail dot com or Alexey Sidorenko sidorenko[dot] a [at] gmail [dot] com. Thank you, and please let others in Russia know about the site.